Art class, the other physical education 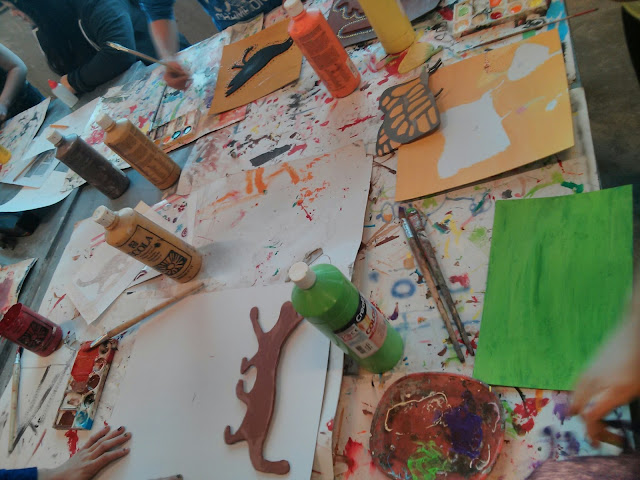 As a digital native, I've often disregarded the importance of physical media. It's easy to laugh at old people talking about actually holding books and albums, as if it made the content any better. But there might be more to it than that.

At a recent casual discussion at my school between faculty and students of the Art Education major,  we were addressing a possible new focus of the school. An emphasis on actually making art, rather than mainly discussing it. Because that is where art defines itself as a school subject, and as a anthropological subject. Art is humans observing their environment and self, and reflecting on them through constructing a new image or object. It is the basis of science and culture. Mankind taking matter(s) into their own hands. Physical matter, that is.

But that doesn't mean there's no place for digital in art. I am convinced that digital matter, or maybe electronic matter will soon be near indistinguishable from real matter. It is an artificial distinction that will fade as everyone alive will be a digital native.

But for now, physical matter does something else with human psychology, it grounds oneself in reality. It gives people the ability to feel and form, to manipulate and to play. Play is a very important need that humans have. To freely explore ideas and material is what art gives us. No, art is an exploration. Not only in the theoretical meaning of the artwork, but also in the more practical meaning of making it.

Some people this freedom in math, in programming, in games and sports, if they don't find it in art. But it's always about making, creating something that wasn't there before. Art is at the basis of all these subjects.

Creating new experiences and objects is what keeps a civilisation going.

Creating is what humans do. It's a vital part of a life's education.